President Biden has made no secret (quite the opposite, in fact) of his goal of shifting the auto market towards electric vehicles in a significant way. His expressed 2030 goal would be for EVs to represent 50% of all U.S. auto sales, which would come as quite a change for a gas-powered industry. And as it turns out, the UAW (which is generally pro-Biden) isn’t thrilled about the prospect of shifting toward an industry where EVs dominate and, as a general rule, will require up to 40% less labor to assemble. This presents a key danger: fewer jobs.

It’s an interesting conundrum, and the Associated Press dug in with a fact check and emerged with a declaration: Biden has overstated the UAW’s willingness to hop on board with a swift EV transition. In retrospect, this shouldn’t be too surprising, considering that workers’ duties would shift from predominantly building gas-powered engines and transmissions toward electric motors and the batteries to support them. Perhaps that’s why the UAW’s statement doesn’t cosign Biden’s EV percentage goal yet agrees to “support his ambition not just to grow electric vehicles but also our capacity to produce them domestically with good wages and benefits.” 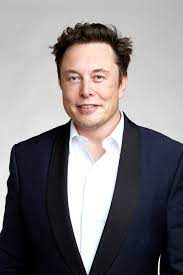 Meanwhile, automakers remain divided on the associated bill, which is still moving through Congress with Democratic support and a telling bias: the EV tax credits will be expanded for those automakers who are cranking out union-made models with zero emissions. This has led to pushback from Toyota and Honda, who publicly oppose the Democratic proposal while declaring that it discriminates “against American autoworkers based on their choice not to unionize.”

Likewise, Tesla CEO Elon Musk (who definitely noticed that his union-free company got snubbed by Biden’s EV summit despite being the largest EV automaker in the world) straight-up accused Democrats of pushing for EV incentives that were “written by Ford/UAW lobbyists, as they make their electric car in Mexico.”