Democrat-majority NLRB itching to make its mark on labor law

As we highlighted last month, the new Democrat-majority NLRB is itching to make its mark on labor law. General Counsel Abruzzo has targeted more than 40 decisions from the last four years, and the low-hanging fruit will be starting with the cases already in hand. Abruzzo is also cooking up ways to increase the penalties to businesses for alleged labor violations, including providing access to unions and reimbursing them for organizational expenses. Congressional democrats meanwhile are attempting to use the budget process to implement PRO Act penalty provisions.

The D.C. Circuit Court of Appeals struck down a Trump era ruling restricting non-employees from demonstrating in front of businesses. The court sent the case back to the now-Democratic board. 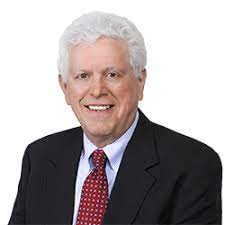 Former NLRB member William Emanuel is facing a probe by the Department of Justice over whether he should have recused himself from five cases brought before the board during his term, due to alleged conflicts of interest. The action stems from Emanuel holding stock via mutual funds. In a statement, Emanuel clarified:

“At no time was I aware of the names of the many individual stocks held in these sector mutual funds,” he said. “In all but one instance the small dollar amounts that could be attributed to me through the fund’s holdings of individual stocks did not exceed levels that would have required me to seek a waiver had I held the stocks individually. When this issue was called to my attention, my advisor immediately sold these sector mutual funds.”