Labor Relations INK Download a PDF of this issue with links here.   Special Election Edition Obama Wins – What about the EFCA?

It is Wednesday morning and I am beat. After staying up late to see whether there would be a call in Minnesota, Georgia, Alaska and Oregon (there wasn’t) I finally hit the sack around 1AM. Things aren’t any clearer this morning.

As I write this today it looks like there will be a runoff in Georgia. In Oregon the Republican has a slim lead with 75% of the ballots counted – still way too close to call. Minnesota is headed for a recount. It looks like Alaska will remain a Republican seat.

Based on this, it looks like Democrats will have between 56 and 58 seats when all is said and done (including two independents who caucus with the Democrats, although Joe Lieberman may be kicked out of the Democratic caucus tomorrow).

What does that mean for the EFCA? 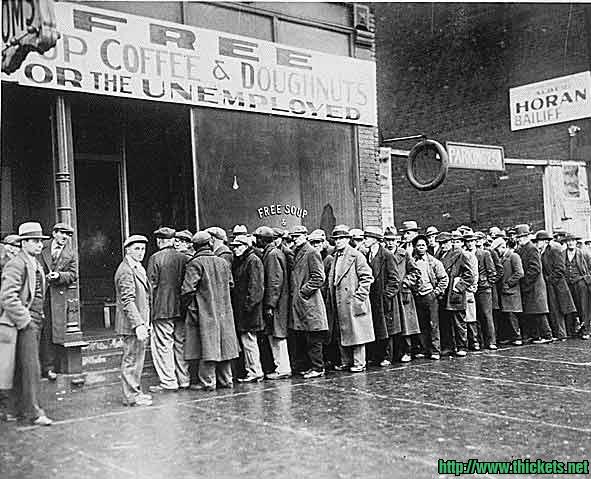 It took until the last weeks of the campaign, but finally several good articles have emerged showing the connection between President Franklin Roosevelt’s anti-competitive, pro-union labor policies and the unnecessary extension of the Great Depression. These two articles (here & here) include additional insight into trade policies and taxes, while this article describes the impact of the Wagner Act and the role of state right-to-work laws in finally turning the situation in a positive direction in the 1950’s. Both warn that the passage of the EFCA is likely to cause similar damage to an already fragile economy.   ********** The Real EFCA Losers

This article in Forbes does a nice job of highlighting another impact of increased unionization, highly likely under the Employee Free Choice Act:

Swelling the union roles will also exacerbate the growing tendency of unions to act contrary to the wishes of their members. “Big Labor will get more money and added flexibility to further ignore the wishes of its rank-and-file and pursue its political agenda.”

The Communications Workers of America has sued AT&T over a proprosed restructuring plan, and accused the company of using “corporate shell games to avoid contractural obligations.”

AT&T has been working to meld the various business units it acquired after the breakup of the old Bell System into a single enterprise. The CWA lawsuit seeks to force AT&T to honor its obligations under collective bargaining agreements and to recognize all subsidiaries’ existing union contracts. ********** The Future of Political Campaigns?

Even before Americans began entering the polling booth, the AFL-CIO was congratulating its membership for the huge expenditure of time and money during the campaign. As we mentioned in the adjacent article on union political activism (The Real EFCA losers), this litany of tactics will only compound under an EFCA climate.   ********** A Global Labor Reaction It may be prudent to look at how the global labor movement is reacting to the economic climate, particularly with a new regime in control in the U.S. All labor movements are driven by particular ideological viewpoints, and yet they borrow strategy, rhetoric, and tactics from each other any time it serves their purposes, especially when they can lean on “global justifications” for their prefered agenda. It is no surprise that Big Labor in the U.S. is crying out for re-regulation of financial markets, universal health care, and huge government spending programs. Interestingly, as a part of their 8-point program, Change To Win labels the passage of the EFCA as occuring “at no cost to taxpayers.” Although the cost won’t come in taxes, as described elsewhere in this issue of INK, there will be a huge price to pay if unionization runs rampant. **********

An Interview with Don Wilson: The EFCA. This is a free transcript of an interview with the CEO of Labor Relations Institute on the EFCA and its impact on American businesses.

********** Prepare, Don’t React We have been sounding the alarm since the EFCA first surfaced on the legislative radar about the need for U.S. businesses to adopt new sets of practices. The worst response is a knee-jerk reaction. What is required is a purposeful strategy that will retain the trust of employees, along with a preparedness plan in the event union organizing activity surfaces. These management attorneys reinforce our position, and provide some great groundwork for building employee trust.

********** Coming Soon to the U.S.? France announced that it would impose surveillance on companies to prevent them from taking certain business actions, such as off-shoring jobs. If Big Labor continues to buy up our government, would we soon follow France’s lead? ********** Sticky Fingers! Current charges or sentences of embezzling union officials: Karimah Bailey – AFGE: $98,802 Teresa Cora Luna- IATSE: $67,416 Louella M. Zieman – IAIW: $51,684 Michael St. John – GMP: $24,000 Christopher Ethington – UAW: $15,100 Luther L. Corey – ATU: $16,288 David Thompson – BLE: $8,767 Chad Mowery – BLE: $2,537 ********** Labor Relations INK is published semi-weekly and is edited by Labor Relations Institute, Inc. Feel free to pass this newsletter on to anyone you think might enjoy it. New subscribers can sign up by visiting: https://lrionline.com/free-stuff/newsletter-signup If you use content from this newsletter please attribute it to Labor Relations Institute and include our website address: www.LRIonline.com Contributing editors for this issue: Phillip Wilson, Greg Kittinger Labor Relations Institute 7850 South Elm Place – Suite E Broken Arrow, OK 74011 US